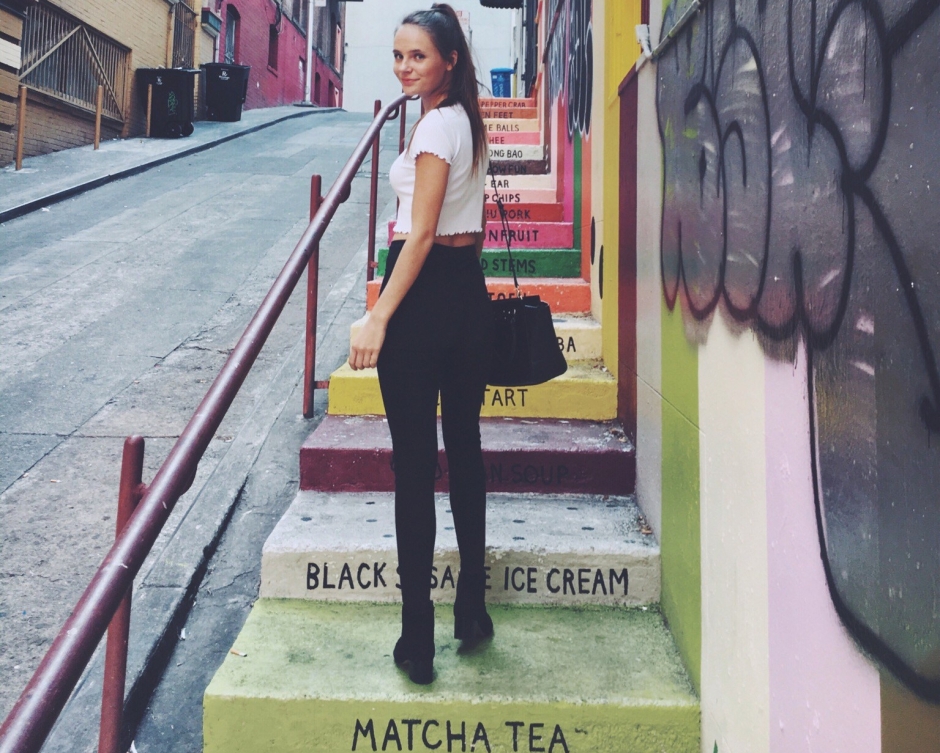 So for those of you who follow me on Instagram (@courtneygquinn), you may have seen that I recently went to San Francisco with my boyfriend. Since we only had three days, we squeezed in a lot in such a short amount of time! I thought I would share some of the things we did and places we ate at.

We started off our trip with a nice breakfast at Cafe Reveille in Mission Bay. So many people told me to try their coffee before I left so I decided to give it a go! My boyfriend Alex and I ate breakfast outside in the crisp, Autumn air. 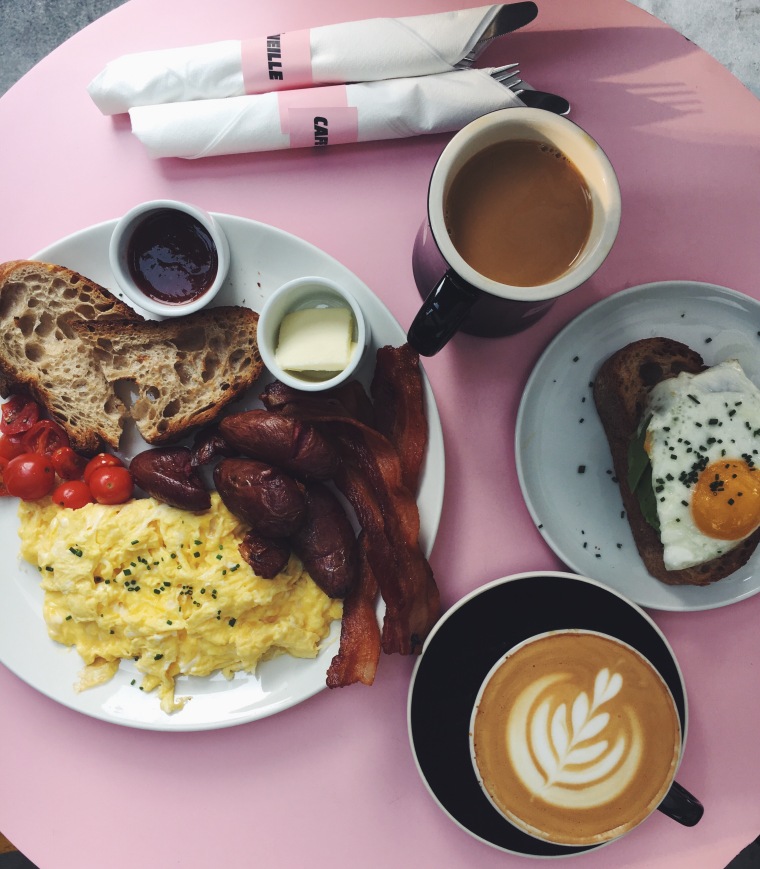 Once we finished breakfast, we decided to walk around Haigh-Ashbury, which was a big hot spot during the hippy movement in the 60s. We checked out some of the cool vintage shops. I definitely suggest going inside Decades of Fashion, it’s huge and full of crazy things! 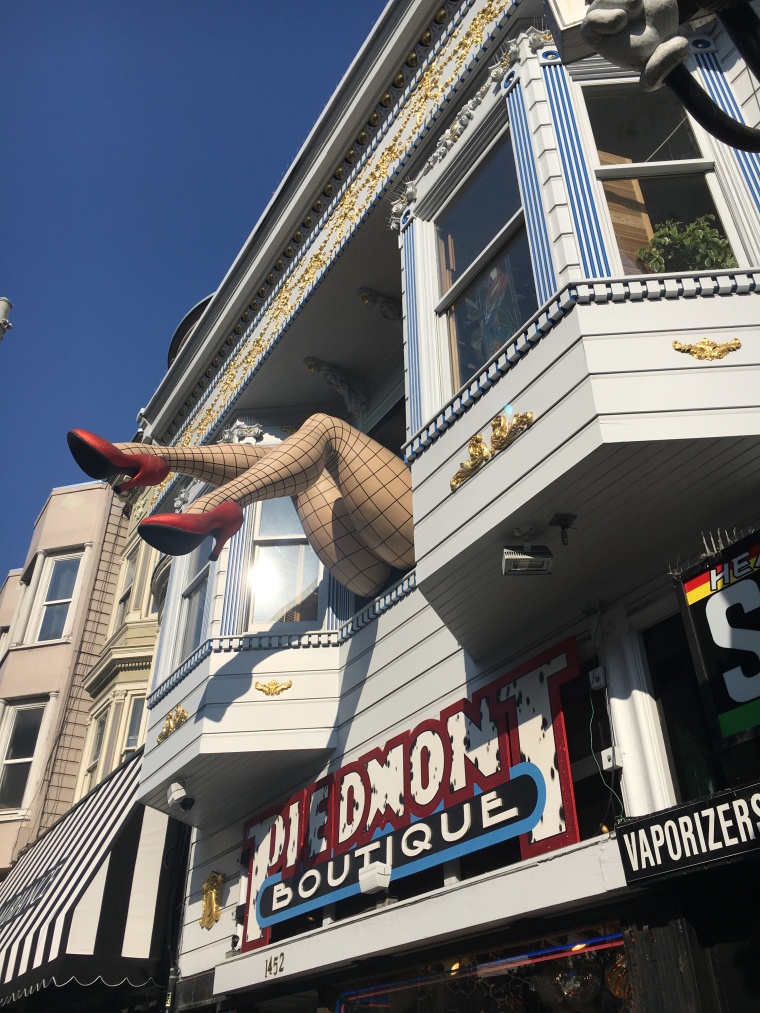 The same day we also did some of the necessary touristy things, such as Lombard Street and the Painted Ladies. We then had lunch outside at a very cute cafe called Rose’s Cafe.  I felt like I was sitting on a street in Paris! This restaurant is on a street full of cute stores and coffee shops. 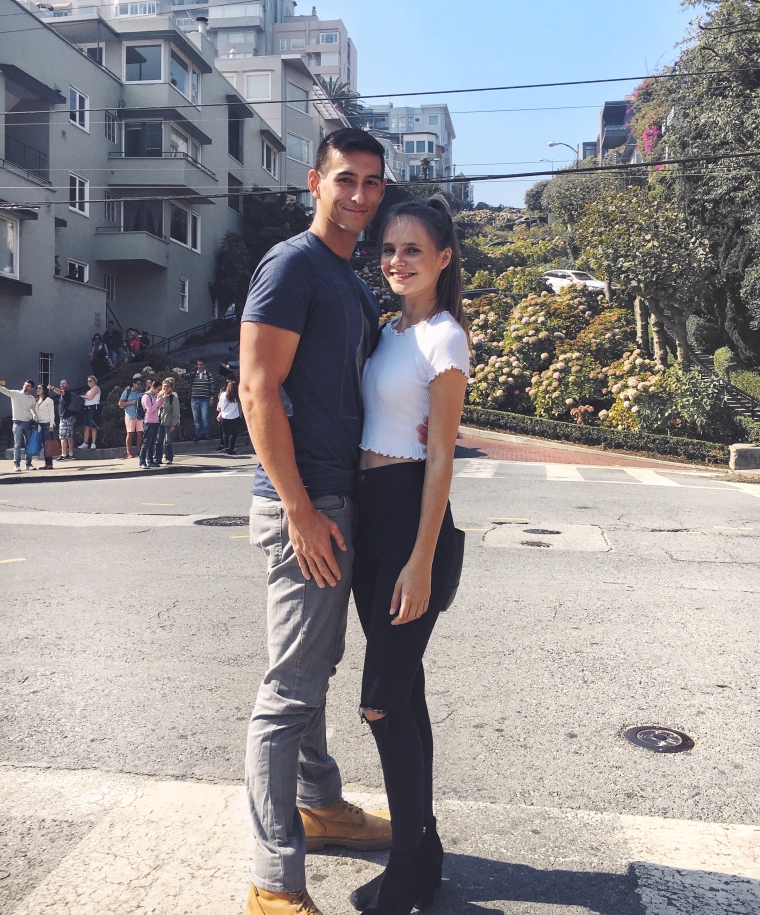 That night, we had dinner at a super yummy and popping place in the Mission District called XX. We ordered a bunch of small plates and shared! I tried “Octopus ink risotto” for the first time, and I actually liked it!

The next day, we woke up early to go to Mr. Holmes Bakehouse. They are famous for their cruffins and donuts, and usually sell out pretty quickly. Although we waited in a 40 minute line, it was worth it. We got a box of six goodies and some coffee, then headed out to Fisherman’s Wharf for our Alcatraz tour.

Unfortunately I didn’t take any pictures at Alcatraz, but it was SO cool! We bought our tickets a month in advance, because they sell out pretty quickly! We took a ferry to the island and did an audio tour. We also went to a presentation that discussed all the escape attempts that have occurred on the island.

After Alcatraz, we got some food from the vendors at Fisherman’s Wharf. I always get the popcorn shrimp, and my boyfriend got the clam chowder in a bread bowl. We sat and ate it on the benches by the water. We then went to Ghirardelli square down the street and got some chocolate for our friends!

For dinner that night, we went to Chinatown and I finally got to go back to my fav restaurant there! It’s Hunan Home’s restaurant and it is so good. The portions are a good size and the service is sooooo fast. You also get complimentary tea. Yum!

On our last day in San Fran, we went to the Japanese Tea Garden and enjoyed some finger sandwiches and matcha in the tea house. We also had a beautiful view of the gardens! 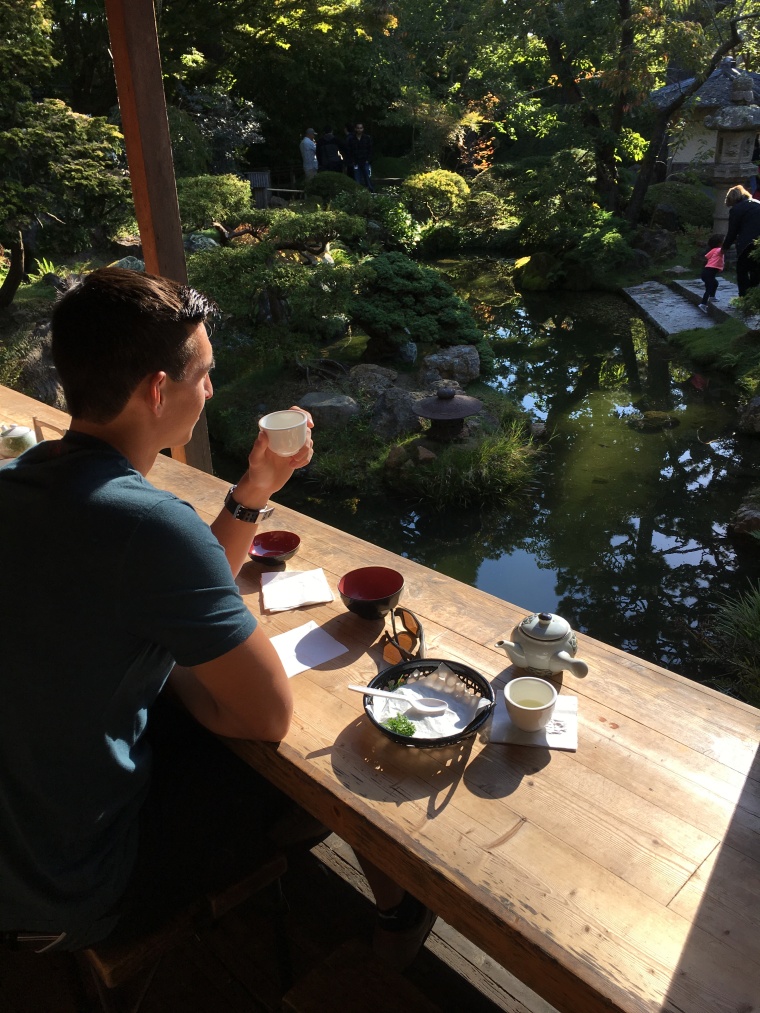 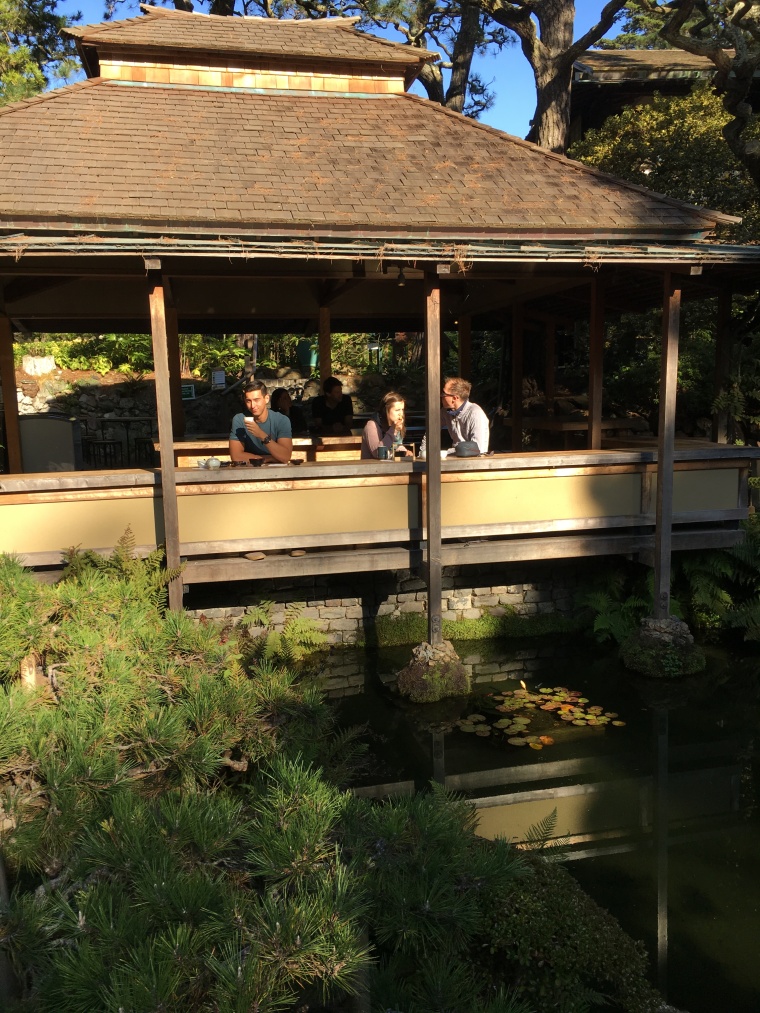 On our way back to the house to pack up, we stopped by for some photos at the Golden Gate Bridge. 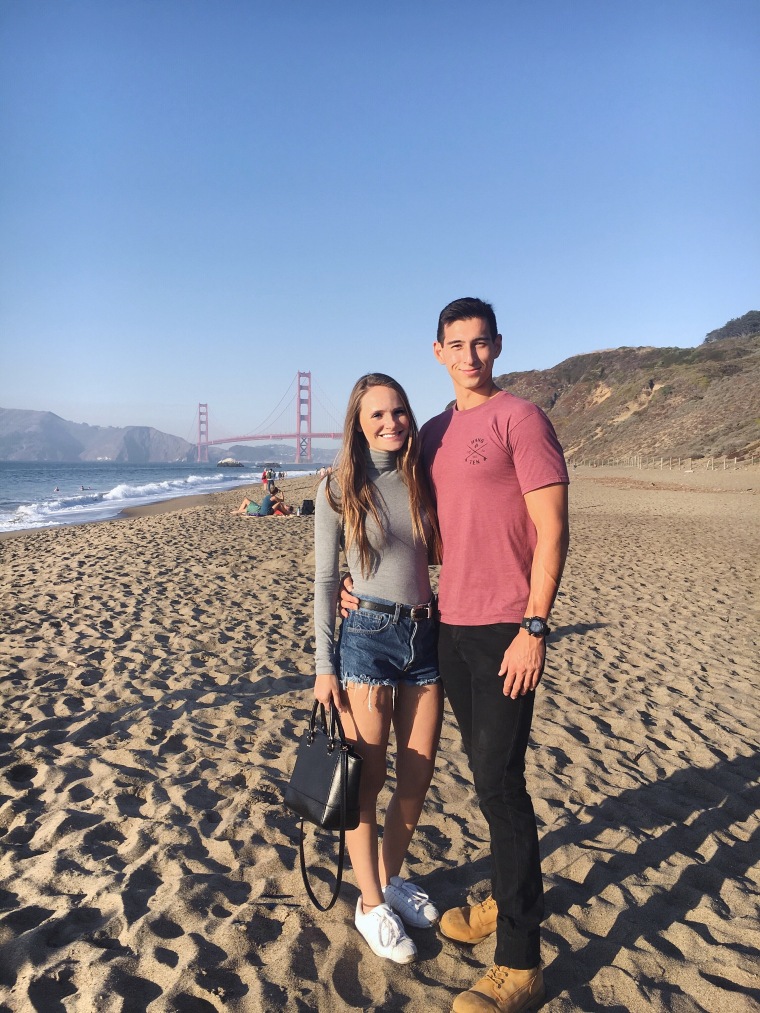 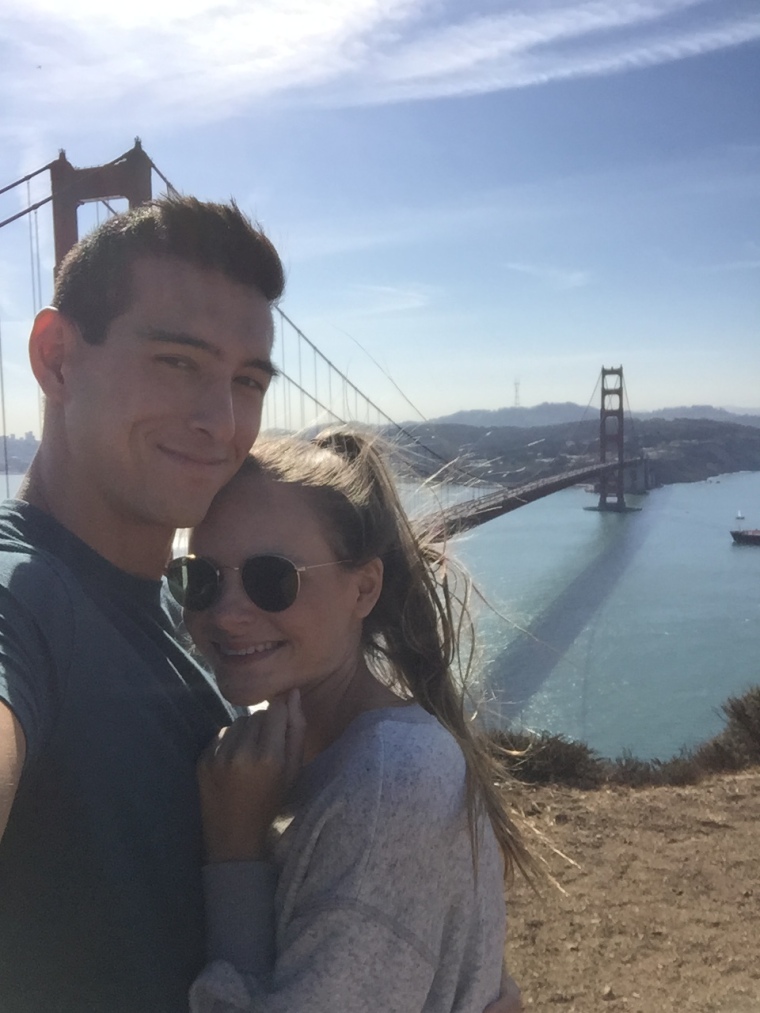 It was a great trip and I can’t wait to go back!

Welcome to my blog of all things fashion and LA!